Ian Bogost, Professor of Literature, Media, and Communication and Interactive Computing in the College of Computing at the Georgia Institute of Technology, popularized the idea of Persuasive Games along with the term procedural rhetoric.

Procedural rhetoric can be defined as using processes persuasively (compared to using oratory or images persuasively). Digital games are useful in allowing players to experience processes in a firsthand manner.

These kinds of games can often explore social or political issues, for educational purposes, or be used as an advertisement (or dis-advertisement) for a business or organization.

Note that these games may depict an opinion that you may not necessarily agree with or may even find distasteful or offensive. The design of these games are especially interesting to study in terms of how they attempt to persuade the player of their viewpoint. 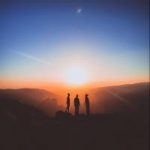